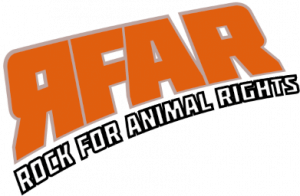 In 1984, RAGE was formed under the name Avenger. After the release of their debut album Prayers Of Steel and their EP Depraved To Black in 1985, the band changed their name to RAGE because there was already another band in England that also carried the same moniker. Originally the new name was supposed to be “Furious Rage” but it was eventually shortened to RAGE. The first album which was released under the new name was Reign of Fear in 1986.

RAGE have released their following albums in regular, continuous intervals and the band began touring with Running Wild, U.D.O., Motörhead and Saxon in the early 1990s.

Their 1992 album Trapped! marked their international breakthrough,with a tour in Japan being a short first highlight. Their success was repeated again in 1993 with the release of The Missing Link. After a lineup change, RAGE went on to record Lingua Mortis, the first classical album by a German metal act ever, in 1996. Their material was performed live for the first time in late summer 1996 in Kufstein, Austria. Subsequently, together with a hired orchestra, RAGE embarked on a celebrated Christmas tour and played several European festivals.

In March 1998 RAGE released their thirteenth album XIII including the Lingua Mortis Orchestra which became a huge success on the charts. XIII was ranked at number 272 in the German Rock Hard magazine’s Book Of The 500 Greatest Rock & Metal Albums Of All Time.

After the album XIII, RAGE continued working for the next album Ghosts with the Lingua Mortis Orchestra in 1999. This album was followed by a major line-up change, featuring Peavy Wagner, Victor Smolski and Mike Terrana. The trio performed at Wacken Open Air in August 2001, revealing their newest album Welcome to the Other Side. The following releases Unity and Soundchaser were met with enthusiastic response from critics as well as from fans . RAGE toured with Primal Fear in 2002 and with Helloween in 2003.

In 2006, RAGE brought the Lingua Mortis Orchestra back to life again to release the album Speak Of The Dead, which was the last album featuring Mike Terrana on drums. On January 1st, 2007, the new drummer André Hilgers, formerly of Axxis, was announced.

In 2007, the band toured in Europe with a show featuring a symphonic orchestra from Minsk, Belarus under the name “Lingua Mortis Orchestra”. Their concert at Wacken Open Air in August the same year in front of 80,000 fans was recorded for a DVD to be included as bonus to their new album called Carved in Stone, which was released on February 22nd, 2008.

The band played at Bundesvision Song Contest 2009 (BUVISOCO), a nationwide TV song contest featuring Germany’s best artists from different genres, on February 13th, 2009. This festival was hosted by the most famous German TV host Stefan Raab (TV Total). Of course. RAGE’s participation in this show, where the band reached the third place, enhanced their popularity even more.

Also in 2009, RAGE celebrated their 25th anniversary with the release of the EP Gib Dich Nie Auf / Never Give Up.

demo songs from the last 30 years of the RAGE history. In February 2015 Peavy Wagner announced the split of the lineup with Victor Smolski and André Hilgers.

In December 2015, RAGE put out a huge 10 CD Limited Edition Box Set called The Refuge Years as well as the re-release of the band’s milestone album Black In Mind as a celebration of the 20th anniversary of its original release, followed by an extended tour that featured the brand new band line up, consisting of the Venezuelan- born guitarist Marcos Rodriguez, the German/Greek drummer Vassilios “Lucky” Maniatopoulos and, of course, Peavy Wagner on bass/vocals. In early 2016 RAGE toured again as special guests of their long time companions HELLOWEEN.

The first RAGE album in the new line up “The Devil Strikes Again” was released on June 10th, 2016, presenting a stronger-than-ever band that has managed to recollect their musical roots with a contemporary approach. The Devil Strikes Again was highly acclaimed by the international music press and by the fans from all over the world. With looking at multiple festival shows throughout Europe and a headlining tour in fall, 2016 marks one of the busiest and most successful years ever in the history of RAGE.

On July 28th, 2017, only 13 months after the highly acclaimed album The Devil Strikes Again, the successor Seasons Of The Black was released with a bang! With the current line-up, RAGE aren’t just following the musical path they have chosen in 2016 – a heavier, almost thrashy “back to the roots” musical outlook – they even go the extra mile when it comes to power, hooklines and groove. The new songs as well as the live performances

clearly reflect the friendly relationship and coherence of the band members, who have become one unit, which is impossible to overcome. The album brought them worldwide some of the highest chart-positions in the entire band history.

In summer 2019 RAGE celebrated the 35th Anniversary with a special series of shows with the Lingua Mortis Orchestra, performing the album XIII for the first time in its entirety, exactly twenty years after its release. The highlight of these shows was definitely the performance at the 30th edition of WACKEN OPEN AIR as the last band of the festival.

In January 2020 the band is going to release the 25th studio album with the title “Wings Of Rage” (SPV/Ward Rec.). The release will be supported by an extended tour and numerous festival shows all over the world! 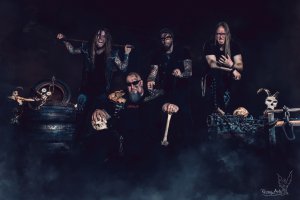 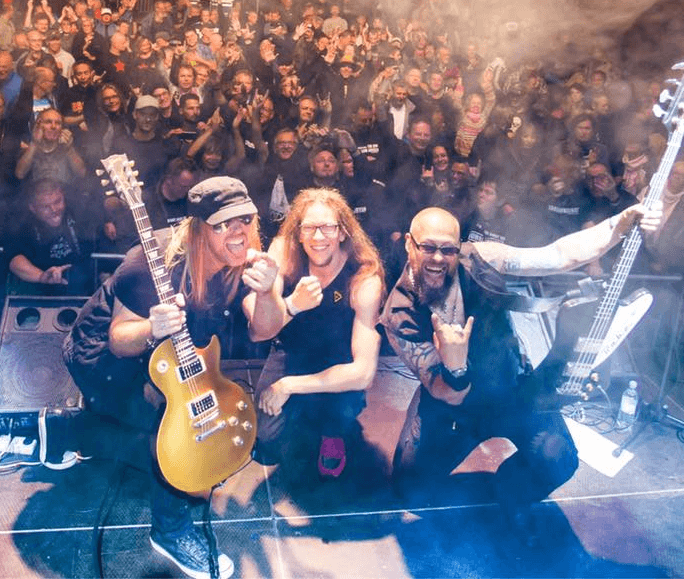 “Heat Wave” (release 31st July, 2020), the title of the fourth Thundermother album is as succinct as the message from the Swedish high voltage rock’n’rollers: “Be ready, Thundermother will come over you like a sound heat wave! We sweep you away with our sound energy. And our goal is nothing less than Rock ‘n’ Roll World Domination! “
Thundermother have big plans with a solid foundation. The Thundermother sound on the new album “Heat Wave” is even groovier, fatter and presents 13 tracks with an absolute catchy tune. “Heat Wave” that reveals the full potential of the four exceptional musicians. The special mix that Thundermother create on this album appeals to fans of rock ‘n’ roll, blues, punk and heavy metal alike. 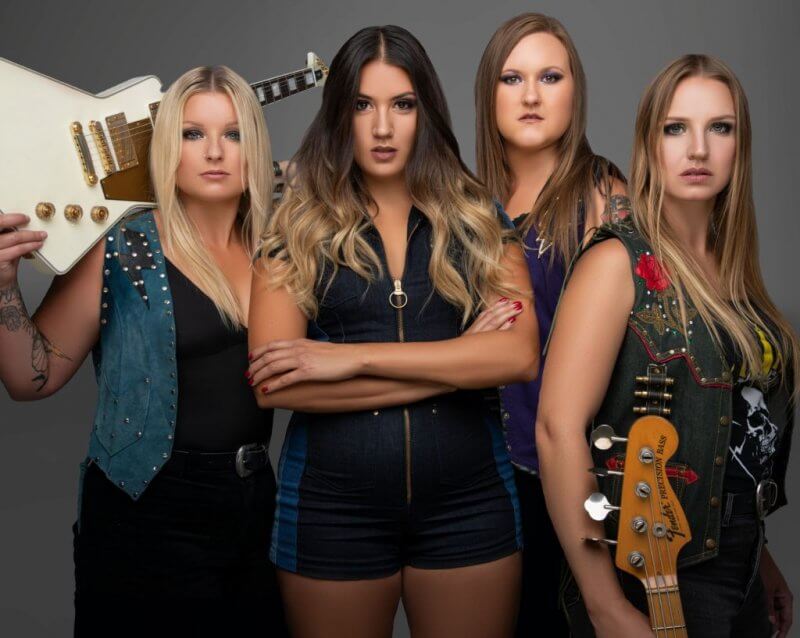 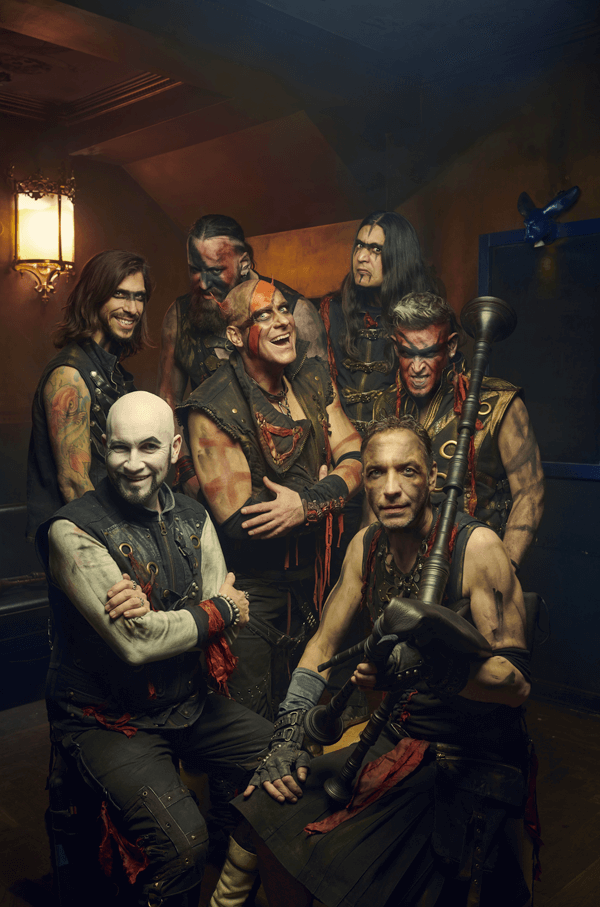 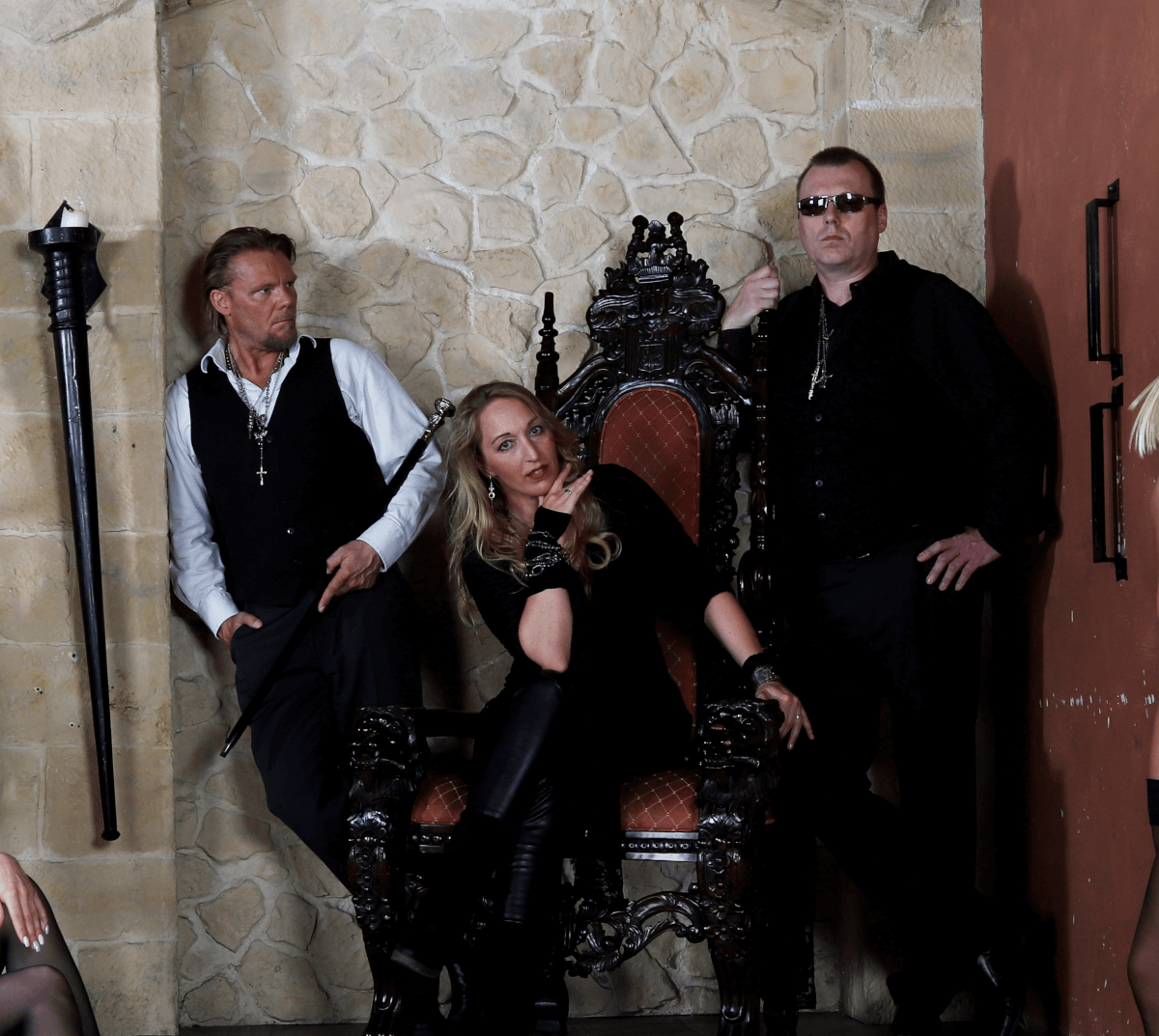 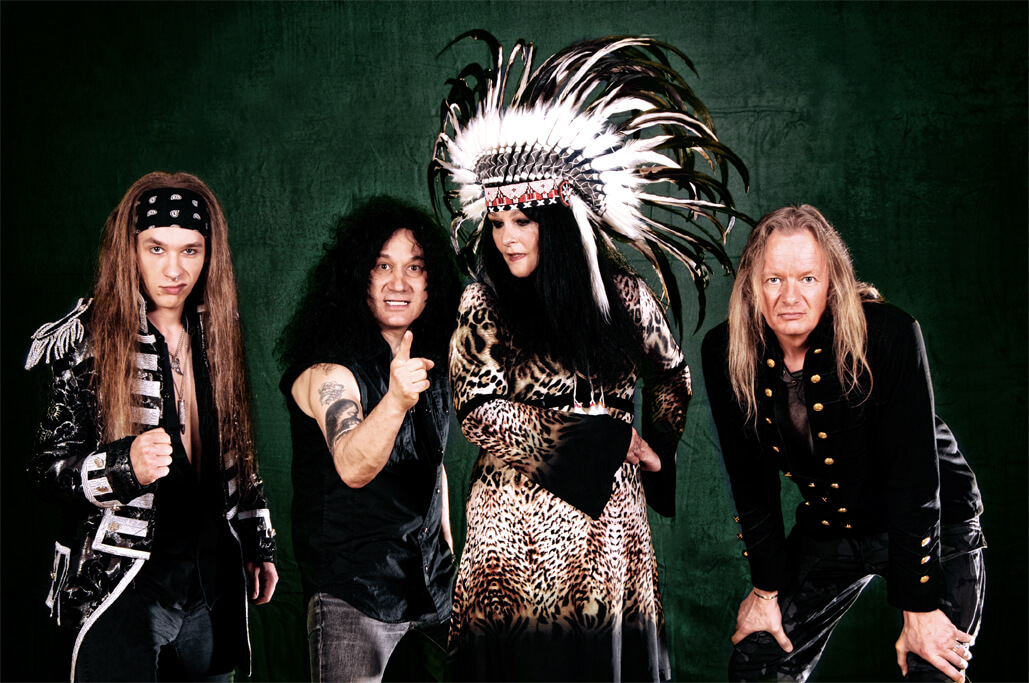 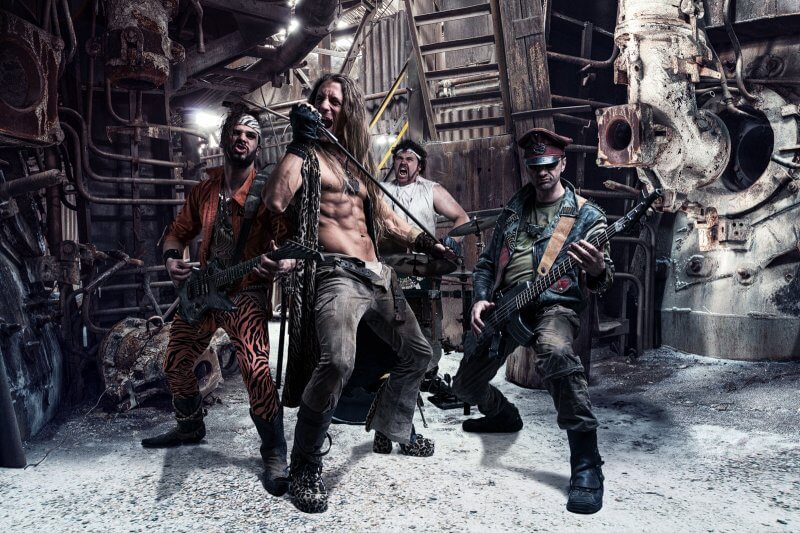 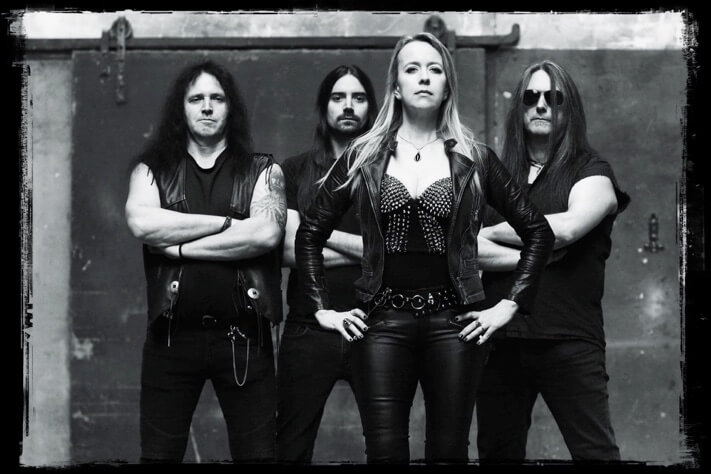 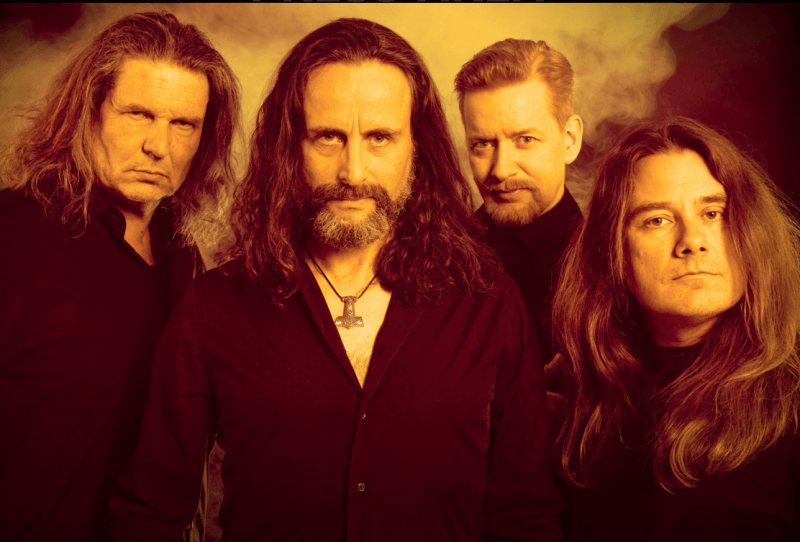 ANCIENT CURSE are back in the successful line-up of the 90s …with a vengeance!
With a total of nine songs their new Album “The New Prophecy” offers an unbelievable range of sophisticated music without losing the red thread of the overall concept. The production is very powerful and transparent at the same time.
THE MUSIC stands out for razor-sharp riffs, melancholic acoustic intermezzos, interesting vocals and complex arrangements. This was achieved by a longstanding team-work and most professional attitude towards music.
Zur Band-Website 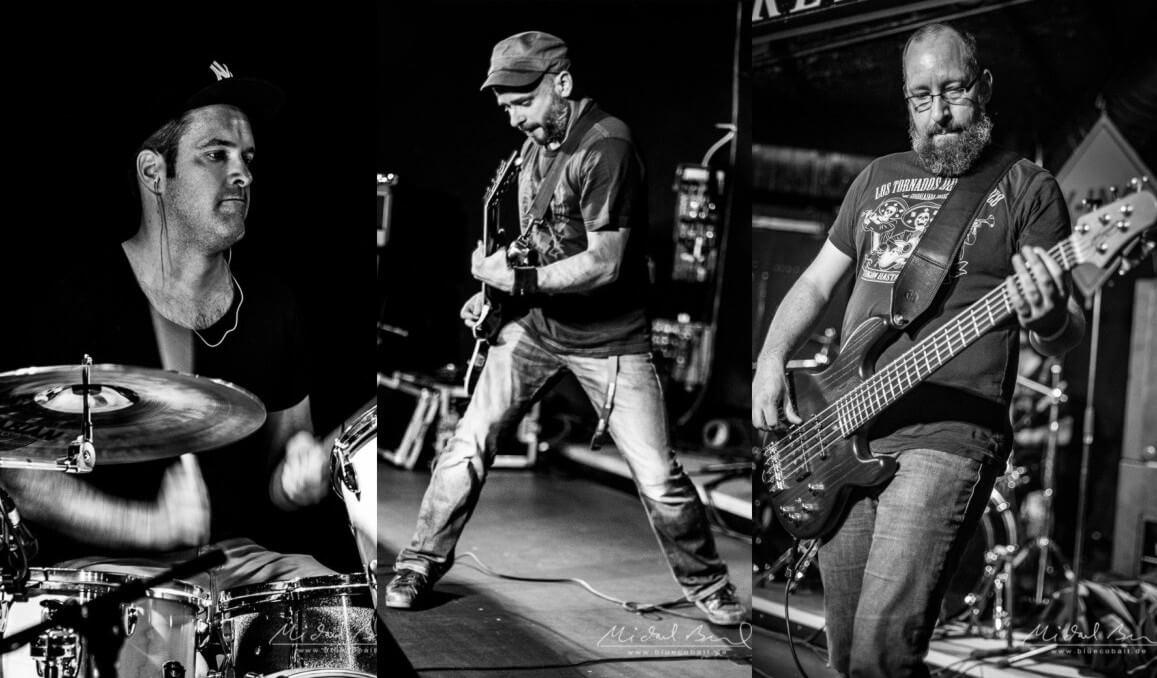 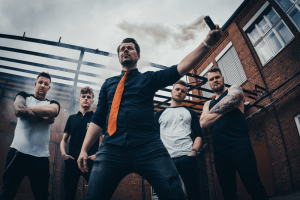 Ivory Tower was formed in 1996, when Sven Böge, André Fischer and Thorsten Thrunke (and two another musicians) founded the combo under the incredible name AX´N SEX.
Their self-produced 4-Song-CD „Victim of Time“ received a very positive reception, not only in Germany , but also in Europe as well as overseas.
After some deliberation the musicians changed the name of the band to the more suitable IVORY TOWER. They polished their styles further, and made some changes in the line-up.
Zur Band-Website 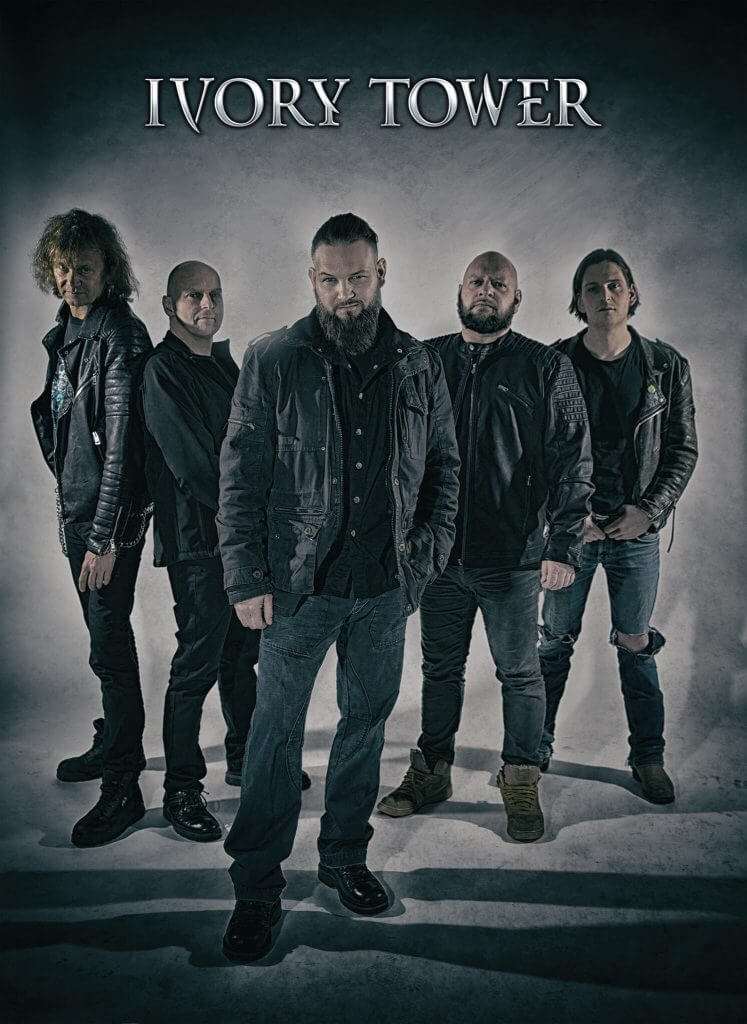 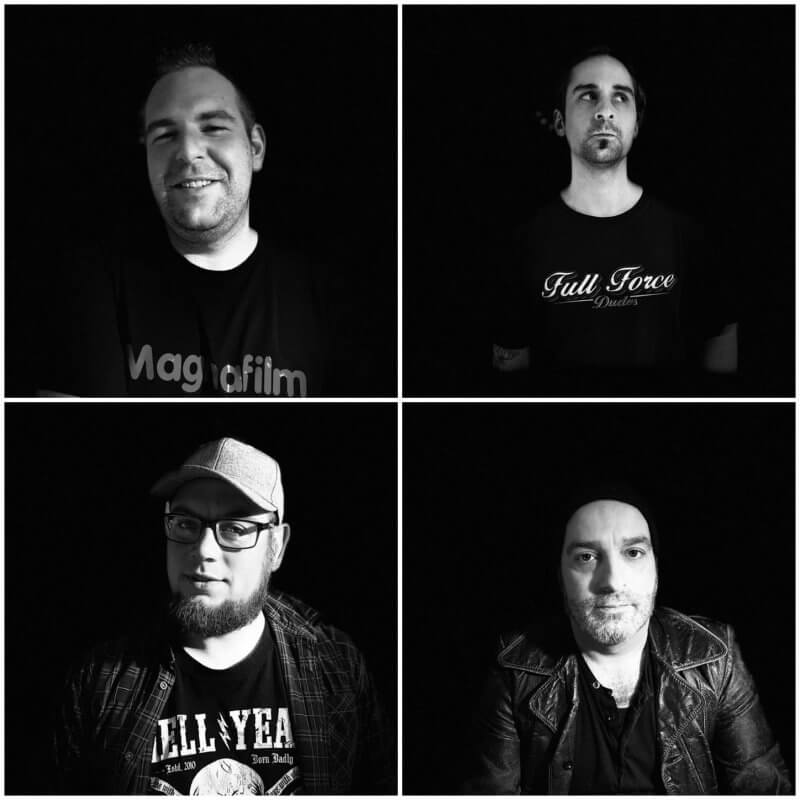 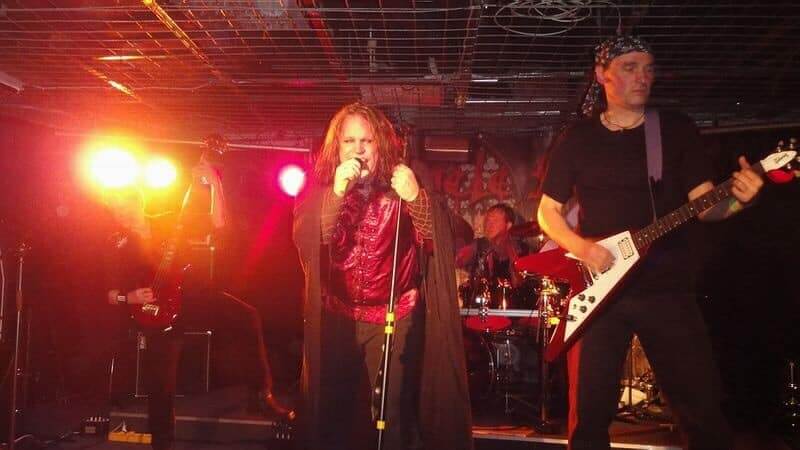 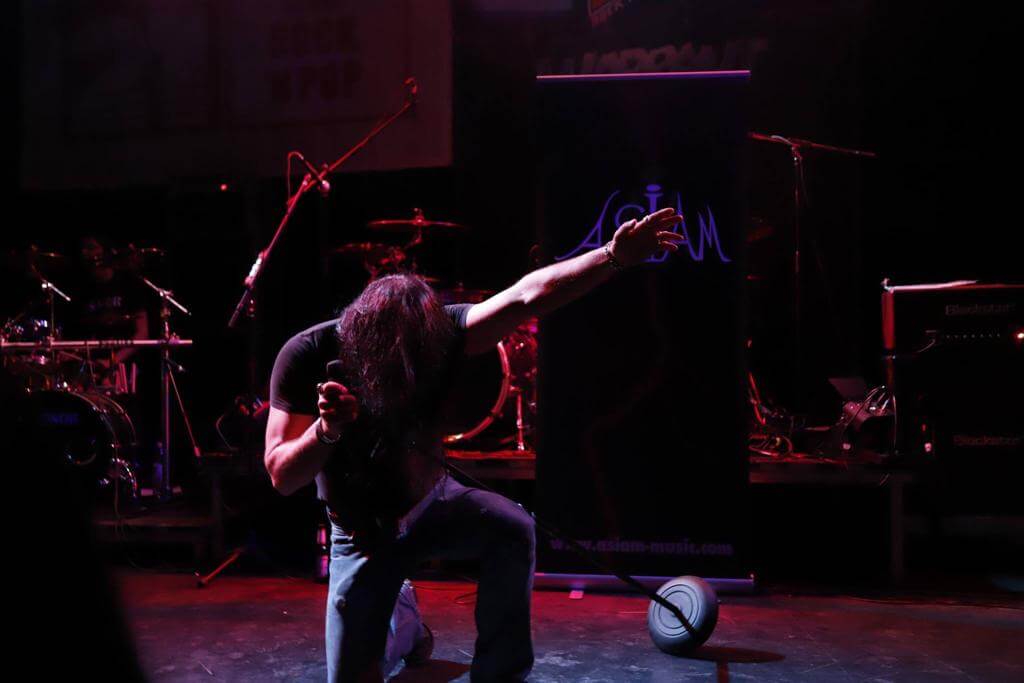 “As I Am” rockt Euch den Arsch weg! 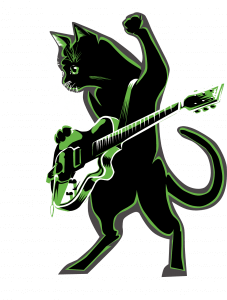